Mom Gen of Wonderful Things In Life gave this courageous award for me and that she considered me as one :). Indeed I am really one!
Queen Marie Antoinette was born on November 2, 1755 in Vienna, Austria. She was the youngest and most beautiful daughter of Francis Stephen I and Maria Theresa, Emperor and Empress of the Holy Roman Empire. Marie Antoinette was brought up believing her destiny was to become queen of France. She married the crown prince of France in 1770. Four years later she became queen when her husband was crowned King Louis XVI (House of Bourbon).
Here is the award... 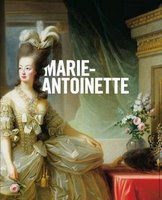 Now I want to pass this courageous award to this two people whom I know how courageous they are in life: Elaine and Shelo.

Email ThisBlogThis!Share to TwitterShare to FacebookShare to Pinterest
Labels: award