With Halloween just around the corner everyone is rushing to find a perfect costume. This is not only for the young kids as adults also enjoy the costume parties at home and work. The only problem is that most women who are about to go to these parties are probably busy with work and family which means there is no enough time to go through racks and racks of costumes.
In order to save time while shopping, here are some of the popular Halloween costume ideas for women:
The Catwoman
Of course this is probably one of the sexiest Halloween costumes. This is one of the reasons why this is a top favorite among women. Add the mysterious look with that black jumpsuit that will complement a sexy figure.
Lara Croft, Tomb Raider
Angelina Jolie has portrayed this role so well that you feel like you need a certain dose of adventure. The Lara Croft outfit is somewhat a mixture of roughness and sexiness. The only thing about this costume is it could look too casual so make sure that you are complete with accessories.
Flashdance
Do you want a little blast in the past? Take out those leg warmers, loose shirts and brightly colored headbands in order to have that complete 80’s look. Not a lot of people are brave enough to jump into this idea because the 80’s fashion can be quite tricky but if you a trendsetter this could surely make you a stand out.
Now if you are having a hard time trying to figure out the costume that is right for you, the internet could provide you with a number of selections. The best part is, you can even make the purchase online as well.
Ally is a freelance content writer is also fond of traveling and outdoor adventures. She enjoys working on fashion related projects such as leg warmers for women and sees this as an opportunity to share stories and inspire the readers.
3 comments:
Email ThisBlogThis!Share to TwitterShare to FacebookShare to Pinterest
Labels: halloween, halloween costumes, leg warmers for women

Adlai (Coix lacryma-jobu L.) is an indigenous crop introduced in Africa as staple food. Also known as Adlay or Job’s tears, it also grows in tropical parts in Southern and Eastern Asia. Adlai is mainly eaten as a staple food substitute for rice and corn. Aside from being a staple crop, Adlai can also be processed in making flour for bread and in wine and beer production. 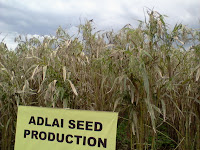 It is actually a weed/grass that grows in watery areas. Before, the hard grain of Adlai is being used as a bracelet and necklace because of its hole wherein one can insert a thin piece of nylon string. I never imagined that it has so many benefits that we can get out from it.
As an employee of Department of Agriculture, we are promoting and utilizing Adlai to enhance and sustainably nurture its potential as an alternative food source for Filipinos.
It was my first time to see Adlai for real during the NOMIARC’s field day. So here it is… how tall Adlai is- it looks like a miniature of corn! Its fruits look like a mini shell with colors brown, black and usually grey. 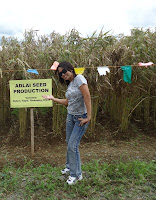 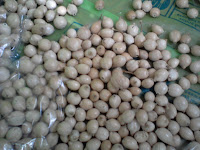 Of course it would not be complete if I will not be able to taste these nutritious grains. And voila! It still tastes like normal grains, having no after taste at all. Aside from its nutritional value that you can get, you can also buy it at a very affordable price of 25Php/k. 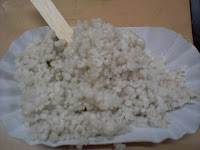 Have you ever experienced getting lost in an unfamiliar place and you keep on looking for the block and lot number of a friend’s house? I did, in fact many times already! lol! Knowing the home address alone would not just be enough, address signs would be the best help too. Have you noticed it that most of the households in subdivisions are using it? I

t really helps actually, because sometimes block & lot or even house numbers would bring some confusions to the persons looking for the right add- that is why add signs were made.
So if you invited someone to come over to your house, be sure you got the correct home add plus be sure to post it in your door or gate's wall your address sign.
No comments:
Email ThisBlogThis!Share to TwitterShare to FacebookShare to Pinterest
Labels: address signs

Technologies nowadays don’t stop me from being amazed of its uses. Just recently, our office is having a project in which they will be using some high-technologies like the GPS. We had this what we called- geographical tagging and most of the technical’s are using their tablets already for the said projects. In using such, they will be able to measure the slope of the terrain of the infrastructure projects and etc. Cool right? Well, it makes their work easier and that they will be able to save their time and effort for the said project.

Same as with the truckers and transport companies nowadays, they are also into best trucker gps in which its very helpful in their trucking business that will help them commutes run smoother. Wow! Thanks really to technologies- you make one’s life easier! 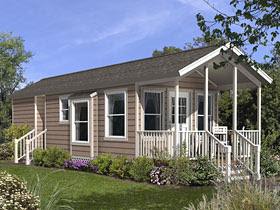 Let me asked you, have you ever dreamed of living in a very scenic place, without spending a small fortune? If so, home park models are right before your alley. Every day, more and more people are discovering the benefits of owning a great models and live in the park because of its elegant interiors, comfortable and modern facilities, it is no wonder they are increasingly popular.
Who says you can not have everything? Affordable living in beautiful places are easily accessible. All it takes is an investment in a model home park, aside from its high quality homes it is more convenient to people who want to enjoy life living to the fullest like the pensioners and even families who just wanted to enjoy life to the fullest. It's high time to realize your dream now!
No comments:
Email ThisBlogThis!Share to TwitterShare to FacebookShare to Pinterest
Labels: park models

Don't you know that I am working on my 7th blog- a travel blog just recently? Actually, I have come up with this niche because I wanted to share it to the whole wide world that I have visited some places with lots of unforgettable experiences or shall I say it as my unexpected adventures in life. Now, am still working on it so that advertisers may come and visit my site and that they might offer me a Travel Guide Jobs to my readers. Who knows?