On the instruction of President Rodrigo Duterte to make goods and services affordable and accessible to consumers, particularly the marginalized, Finance Secretary Carlos Dominguez has immediately put forward the proposal to reduce the telco interconnection rates to the New Major Player Oversight Committee.

The Department of Information and Communications Technology (DICT) then issued Department Order No. 002 directing the National Telecommunications Commission (NTC) to study and formulate the guidelines that will bring down the cost of interconnection
.
In the draft Memorandum Circular (MC) drafted by the NTC following a study, interconnection charges were reduced to P 0.50 per minute from P 2.50 per minute for voice service and P 0.05 per text from P 0.15 per text for SMS. 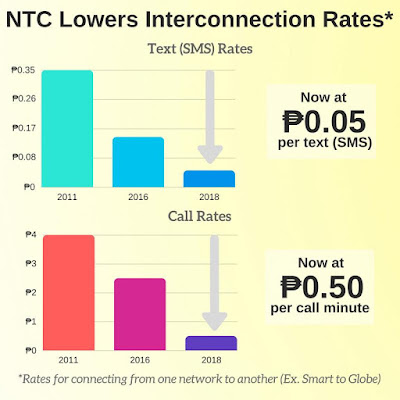 A public hearing was conducted to enable telecommunication companies to comment and submit their position paperspertaining to the MC.

The reduced interconnection rates are expected to benefit consumers across socio-economic classes, making voice call and SMS services between networks more affordable. This will also allow telcos to attract more subscribers and offer a wide variety of unlimited plans and services.

Significantly, the MC will benefit landline subscribers and users of basic 2G mobile phones nationwide, majority of whom belong to the marginalized sectors of society.
No comments:
Email ThisBlogThis!Share to TwitterShare to FacebookShare to Pinterest
Labels: 3rd Telco, DICT, NTC, Telecommunications 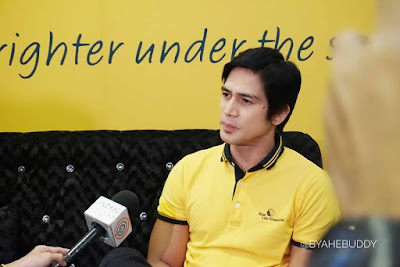 Relationships are built on promises: the promise to love, to care, to secure, to protect, and to provide. This is something that Piolo Pascual knows all too well, committed as he is to the promises he has made to his family as a son, a sibling, and a father.

But when financial troubles arise, bringing such promises to life becomes a challenge.

“Like any other person, I want to give my family the best life possible. I am a man of my word, that’s why I work hard and seize every opportunity that comes my way,” Piolo said. “But more than just earning money, it’s how you manage your finances that makes a difference. Fortunately, I have the guidance and help of one very special lady: my very own sister, Chiqui Pascual-Gonzales, who also happens to be my Sun Life Advisor.”

According to Piolo, Chiqui has been instrumental in ensuring that his dreams for his family will all come true. “It’s a partnership through and through. With her help, I’ve been able to make it all happen while still pursuing my own passions and advocacies,” he said. 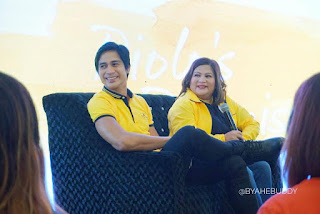 Piolo and Chiqui’s story is but one of many in Sun Life Financial, where lifetime partnerships are developed and nurtured through the years. In fact, this has inspired Sun Life’s latest campaign, at the forefront of which is a new TV commercial highlighting Sun Life’s presence in a client’s life throughout the different stages of her life. It represents the many promises that Sun Life has helped bring into fruition for the past 123 years of its existence.

Sun Life hopes that the campaign, as well as Piolo’s own story, will inspire more people to take the same path in their financial journey. “As the longest-standing life insurance company in the Philippines, we have witnessed many promises being fulfilled throughout the years and have served generations of clients. It is an honor for us to serve all our clients and help them secure their future and those of their loved ones” Sun Life Chief Marketing Officer Mylene Lopa said.

“The promises we make to our loved ones are sacred, and Sun Life knows this. That’s why it’s committed to helping its clients achieve their goals, no matter what happens,” Piolo said. “You can’t ask for a better lifetime partner than that!”