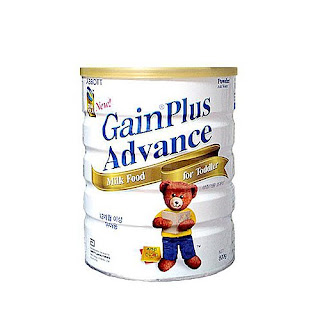 Last night I went to a certain pharmacy and bought a can of milk for my daughter because it's almost empty. :) Anyway, I asked the sales girl for a chocolate flavor and paid it over the counter without checking whether it’s really a choco or a vanilla flavor.

Just this morning, my sister texted me that my daughter did not drink her milk because she didn’t like the taste. I was in a meeting that very moment so I forgot to ask her back what the reason why she didn’t want the milk. Afternoon came and still the same text messages coming again from my sis and my husband telling me that the flavor that I bought was a vanilla one. I was so shock so I called them up if that was really true, and it was indeed! I called up the pharmacy about what happened. Good thing that they allowed it be change just tonight even though the can was already opened and we got a few scoops out from it. I can say that it was really her fault because I could clearly remember that I told her that I want to buy a CHOCO flavor!

Email ThisBlogThis!Share to TwitterShare to FacebookShare to Pinterest
Labels: milk

Oh that's really nice of them to allow you to change. That's good customer care service.