What's in the Box?

Last week a friend of my sister from abroad asked me to pick an earring shape that will suit for her because he was on a Christmas shopping for her. The choices would be a princes cut or a round one. Of course I’d rather go for the princess cut if I were to pick. But you know what, I gave him an idea that my sis was always asking me to visit and look for the cheapest bracelet because they were having a Tiffany Jewelry Christmas Day Sale. So true, I visited their site and found out that it was really an affordable one.
He told me that Tiffany is just part of a school and that he told me that he can see me from afar that my nose was growing so fast. At first I wasn’t able to get what he 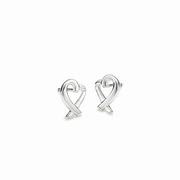 meant but I just realized that maybe because whenever I can hear that my favorite jewelry store is having a great sale then I easily got an access for it or shall I say it news to tell. Actually, I am just giving him and idea of my sis wish lists and Tiffany jewelry is one of them I just hope that she will really be surprised of what she’ll received from him weeks from now. So excited to see what’s in the box….