What is BROADWAY musical? That's the question that needs an exact answer...:)
Last December 17, 2010, our office held our yearly Christmas party with it's theme BROADWAY... As one of the highlights, they organized a contest by division clustering. Since we knew that it's a Broadway musical theme, we've come up with the Grease Musical. Confident enough that we possessed all the elements that a Broadway must have, we ended up so disappointed with the results coming from the judges. :( (the most controversial Christmas party ever)

Well, I'm not sounding like sour-graping but we want justice!!!! lol...Where in the world have you seen nor heard that Hagibis and Jennifer Lopez's Let's Get Loud have come into Broadway theater/musical? Well, judges decision is always final..as they said...it's "weather, weather lang".

But as of the moment, we've come up with it's new meaning of Broadway...D.A.'s version: Broadway comes from the root word BROAD which means wide-ranging or shall we say OPEN...as in OPEN to all kinds of theme...:) In dialect, it's what we called "LUAG nga DALAN"... laf laf laf
The Greasers..... 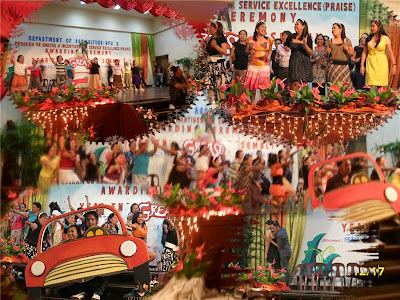 Even though we just received the consolation prize, still we're so proud that we've presented the right theme that were supposed to be presented. :) Anyway, we're still the winners!!! Go Finance, AMAD go! 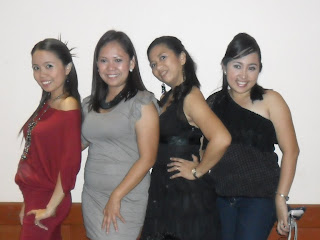