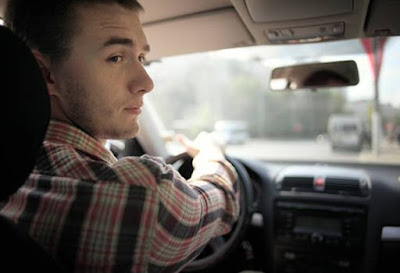 Uber has quietly but quickly become a household name. Uber's rapid expansion through major cities and states has caused concern as well as awe from the business sector. Now that Uber has a strong grasp on private transportation services, they won't let up. In June 2015, Uber introduced a video game for mobile devices that shows people what it's like to be an Uber driver. The company has also increased recruitment in multiple states, including New Jersey. Understand the rules of the road thoroughly before you apply.

Here is some intriguing info about Uber that might convince you to drive for the company.
In the Beginning
In the beginning Uber wasn't the all-pervasive company it is today. Back in 2009 it was a lifestyle company in the San Francisco area. Founder and CEO Travis Kalanick said, “You push a button and a black car comes up. Who's the baller? It was a baller move to get a black car to arrive in 8 minutes.” Now however, Uber has an estimated net worth of $50 billion. When Uber first launched it was only spread by word of mouth, now it is one of the most profitable start ups in history.
The Need
Before Uber, taxi companies had a monopoly-like hold on the market of private transportation. This was reflected by the lack of quality service cabs commonly displayed. Now, Uber fills the demand for fast, friendly, affordable and honest private transportation. Any urban area has need for Uber, and with the app available on any smartphone, every ride you give is a chance to improve your customer rating.
Why Drive Uber
While Uber has, in the past, guarded demographic information about their drivers, in January 2015, Uber hired Benenson Strategy Group to conduct a study on these very topics. What they found was that 9 out of 10 drivers became Uber drivers because they felt Uber gave them more autonomy. Uber drivers set their own hours, and can control work-life balance because of this. Drivers with no professional driving experience take home an average of $19 per hour, while veterans of the industry make around $27 per hour.
Who are They?
Uber drivers are more commonly male, though the industry is no longer as exclusive as the conventional taxi companies were, and 7 out of 10 people who drive for Uber provide for a child or parent who lives at home. Those who drive for Uber are also typically older than you might think. The study found there are more Uber drivers over the age of 50 than under the age of 30, while the largest percentage of drivers are between the age of 30 and 39. Nearly 50 percent of all Uber drivers have a college degree or higher, and 50 percent of drivers are currently married. The racial demographic is also spread out.


Uber supplies many Americans from different walks of life with entrepreneurial opportunities. Whether it becomes a full-time job or is supplemental income is the decision of the individual at hand. But one thing is for sure, Uber is here to stay, and that's good for customers, and drivers.
Email ThisBlogThis!Share to TwitterShare to FacebookShare to Pinterest
Labels: uber, uber drivers