Kalesa or the Carriage Experience 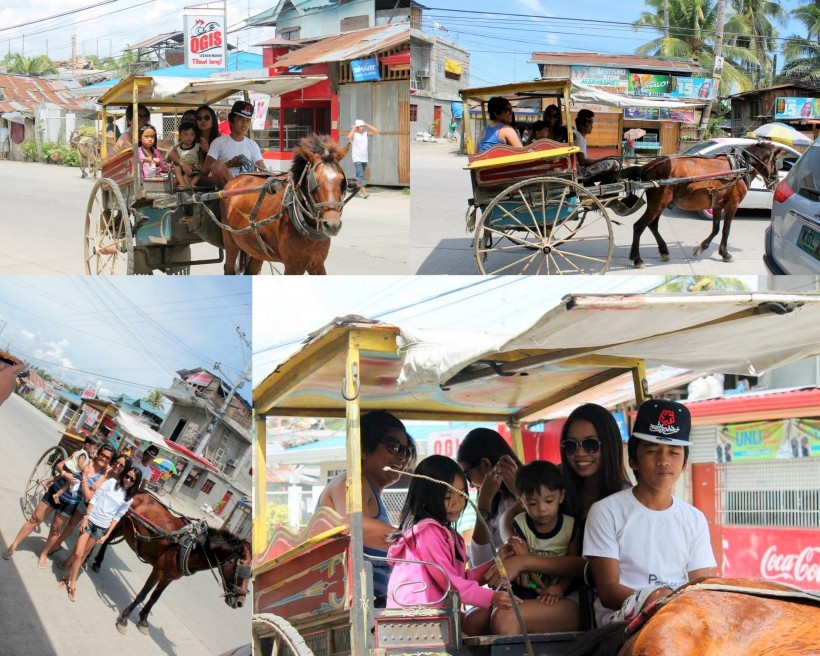 Last June 13, 2013 we got the chance to experience our Kalesa ride in Tambacan, Iligan City with my kiddos as their first time. :) My lil boy was so happy since he really loves horses and that he doesn't want to go down from the carriage after. Anyway, just sharing about what Kalesa is all about....

According to Sir Wiki:

A kalesa or calesa (sometimes called a caritela/karitela) is a horse drawn calash (carriage) used in the Philippines. The word, also spelled calesa, predates the Spanish conquest and descends ultimately from an Old Church Slavonic word meaning "wheels." This was one of the modes of transportation introduced in the Philippines in the 18th century by the Spaniards that only nobles and high-ranked officials could afford. They are rarely used in the streets nowadays except in tourist spots and some rural areas. The calesa driver is commonly called as “Cochero” or “Kutsero”. When “Cochero” direct the horse to turn right he says “mano” and he says “silla” to direct the horse to turn left .


"kalesa" (Philippines) is a borrowed term of the Spanish word "calesa." it is also interesting to note that the term was also borrowed from the French word "calèche," from German "Kalesche," from Czech "kolesa"